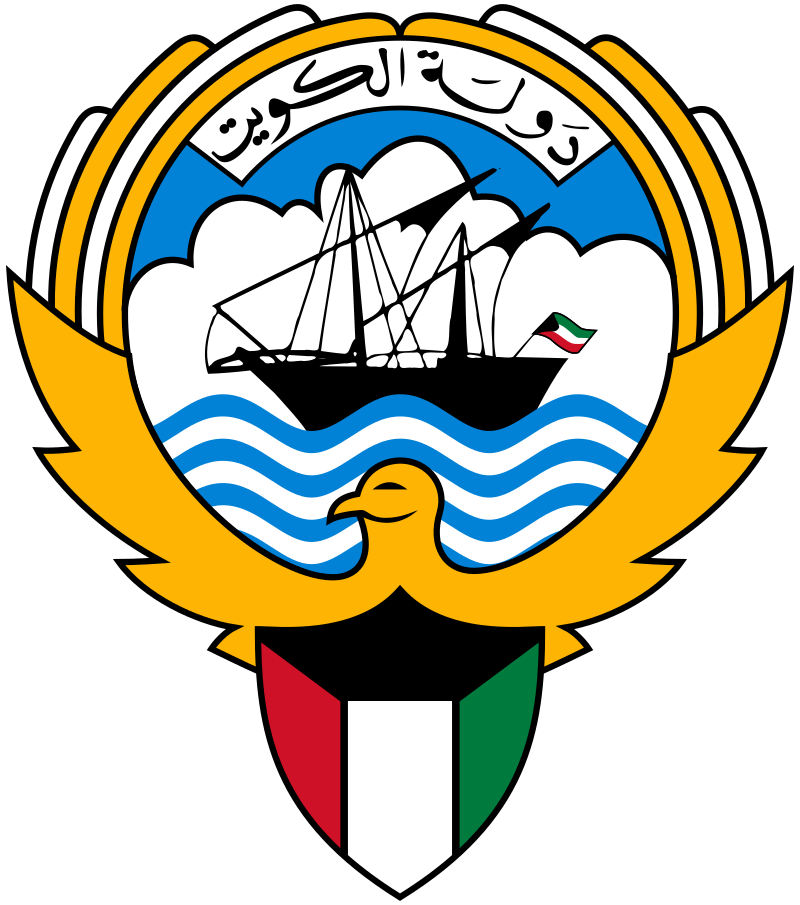 The emblem of Kuwait consisted of "a helmet with a falcon and two intersecting flags over it" until the middle of 1963, when the Council of Ministers decided to replace it with a new one.
The present emblem of Kuwait is a falcon with outspread wings embracing a dhow (Boom) sailing on blue and white waves. It is a symbol of Kuwait's maritime tradition.